Pepe Reina has completed a move to Aston Villa, joining on loan from AC Milan until the end of the season.

Villa have drafted in the Spaniard as cover for Tom Heaton, who is out for the rest of the campaign.

The 37-year-old could start for Villa when they head to Anfield in April, with the match currently scheduled for Saturday, April 11th (3pm GMT).

These Liverpool supporters are excited about the prospect of seeing Reina again, at a time when the Reds could be on the verge of being crowned Premier League champions.

35 points untill the title boys. Assuming we don't drop any points (which is a big assumption) we'll win the league if we beat villa on April 11th.

Reina at Anfield in the 11th of April https://t.co/ifa7idOLxP pic.twitter.com/0qv9uiY3bo

Reina back at Anfield… my heart literally isnt ready for that https://t.co/mmuP66t3Tf

11th April, #LFC vs Villa. Pepe Reina back at Anfield to lead the guard of honour?

I think Reina is second only to Alisson when discussing Liverpool’s best goalkeeper of the Premier League era.

He was a superb servant, playing a key role for a Reds side that reached the Champions League final in 2007, and almost clinched the league title in 2008/09.

Reina’s FA Cup final heroics in 2006 also shouldn’t be forgotten, when he made three penalty saves in the shootout against West Ham.

In my opinion, Liverpool will be close to winning the title at that point, and it would be fitting for Reina to be present on the day it happened.

It is guess work, though, of course, but 12 wins from this point would guarantee glory.

Is Reina a Liverpool legend? 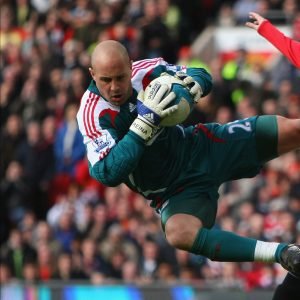 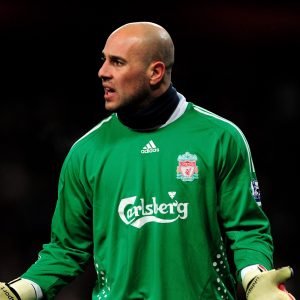