Andy Robertson has revealed that it is an “absolute pleasure” having Jordan Henderson as his captain.

The Liverpool skipper was once again superb against Wolves on Thursday night, scoring and assisting in the Reds’ 2-1 win at Molineux.

Henderson’s form has been so good that there is even talk of him now winning the PFA Player of the Year award later this season.

Speaking to LiverpoolFC.com after Thursday’s victory, Robertson showered the 29-year-old with praise:

Hendo, for me, this season has been different class. He’s been one of, if not our best player this season.

Sometimes over the years Hendo’s not got the credit that he deserves. But when you play with him, you train with him and see the way he acts off the field, it’s an absolute pleasure [for him] to be my captain and everyone’s captain.

For us, he’s now getting the credit that he deserves and that’s what it’s all about for us because he’s getting the recognition that his performances deserve.

And today just epitomises Jordan Henderson – the way he went about his business, the way he scored the goal and his assist.

His all-round play the past couple of months has been second to none and he’s really driving us forward to the position we are in now.

In my opinion, Henderson has been the driving force behind a superb winter for Liverpool.

When Fabinho got injured in November it was easy to be hugely concerned, but the captain has stepped up in his absence.

After being maligned for so much of his career, I believe the tide has now turned, with anyone not rating him simply too stubborn to change their mind.

While I think Sadio Mane, Kevin De Bruyne and Trent Alexander-Arnold would be more deserving winners of the end-of-season awards currently, Henderson is putting forward a compelling case.

Is Henderson a better captain (not player) than Gerrard? 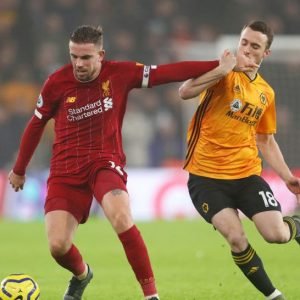 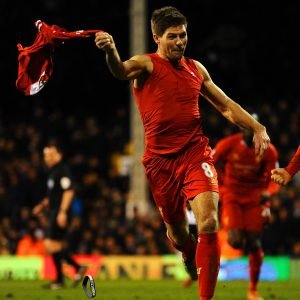