Liverpool manager Jurgen Klopp has heaped praise on Takumi Minamino, who made his first appearance for the Reds on Thursday in the 2-1 victory over Wolves.

Minamino, who signed for Liverpool at the start of January, came on as a substitute in the first half to replace the injured Sadio Mane. Though he didn’t contribute to any of Liverpool’s goals there were some encouraging signs in the eyes of Jurgen Klopp.

The Japanese international showed glimpses of what he can offer at Liverpool, and Klopp didn’t hesitate at praising his display. As quoted on FourFourTwo, Klopp said:

Is it his 100% position? Yes, he can play that. How I said, he’s pretty versatile so he can play different positions. For yesterday night, it was exactly what he had to do and he did it. That was much more important than the next game.

He was fighting like crazy and closed gaps, was involved in a lot of situations. That was just a super start, to be honest. 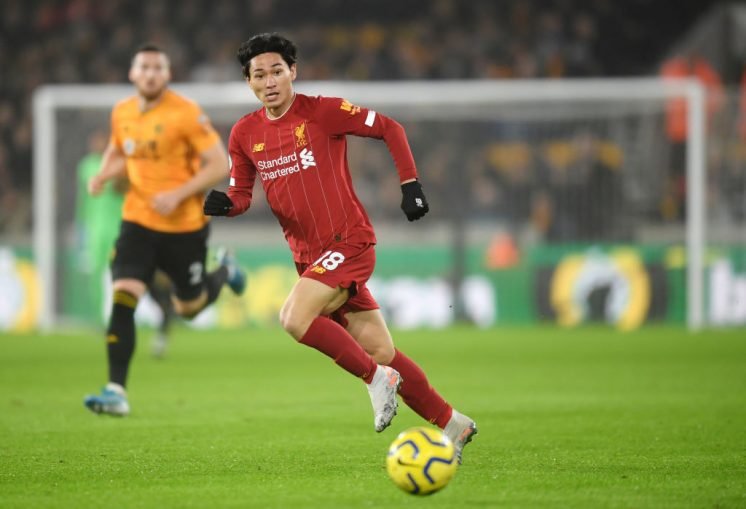 Though it was difficult for Minamino to make much of an impact in the game, he tried his hardest to impress Liverpool manager Jurgen Klopp, and it seems that he has been successful in his endeavours.

We doubt that the Japanese will make many league starts this season, but he is the perfect impact substitute and squad player that can help Liverpool achieve Premier League glory because of his work rate and versatility.

We believe the best chance for him to show his qualities will come in cup games, where Klopp is likely to rotate his starting XI, like this weekend’s FA Cup fourth-round clash against Shrewsbury Town.