This suggests the duo will play no part in the Reds’ clash with West Ham on Wednesday evening.

Milner and Shaqiri have both been absent for a chunk of the month, with the former limping off against Everton in the FA Cup and the latter not featuring since coming on as a substitute in the 1-0 victory at Tottenham.

Liverpool know that a win at West Ham will put them 19 points clear of Manchester City.

I don’t believe Milner and Shaqiri’s respective absence should be treated as a major blow, considering neither have been regular starters this season.

They would not have started against West Ham, in my opinion, with Klopp likely to go with his strongest possible starting lineup.

There is Saturday’s home clash with Southampton to think about, but most of Liverpool’s key men had last weekend off, with fringe players and youngsters used in the 2-2 draw at Shrewsbury Town.

That being said, the return of Milner and Shaqiri will be a welcome bonus when they overcome their injury problems, allowing the manager to rotate effectively.

Liverpool could potentially be battling across three separate competitions during the business end of the season, so having as many players available as possible is paramount.

Do you want Shaqiri to stay beyond this summer? 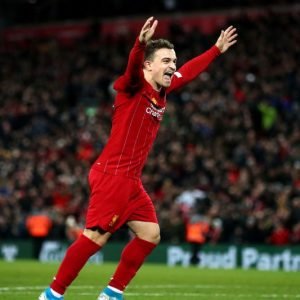 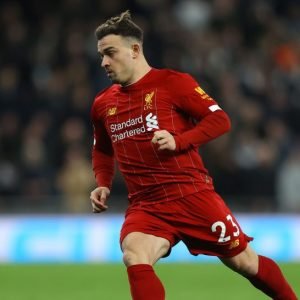