Liverpool are on the verge of greatness this season, as they look to clinch Premier League glory for the first time ever.

The Reds are 22 points ahead of Manchester City and know that six more wins will seal the title.

This is arguably one of the best Liverpool teams of all time, although more will become clearer at the end of the season. There is still the potential to win the treble, with Jurgen Klopp’s men still in the Champions League and FA Cup.

That’s exactly what Manchester United managed back in 1998/99, much as it pains any Reds supporter to remember.

Comparisons have been drawn between Liverpool’s current side and United’s legendary outfit and ex-England manager Steve McClaren, as well as Alex Ferguson’s former deputy, has picked a combined XI of his own.

Bizarrely, Virgil van Dijk is his only Reds player included in the team, leading to these supporters revealing their thoughts on Twitter.

It's funny Irwin and Neville where great in there time but football has moved so far beyond limited full backs, Robbo and Trent almost play a different sports than them now,

Says everything you need to know about Steve mclaren.

Irwin and Neville over Trent and Robbo 🤣🤣🤣🤣 scenes!

Not even surprised, considering he can't even take England's golden generation to a tournament

Goes to prove Steve McClaren still know nothing about football 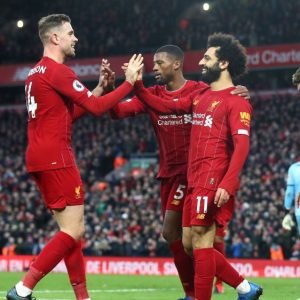 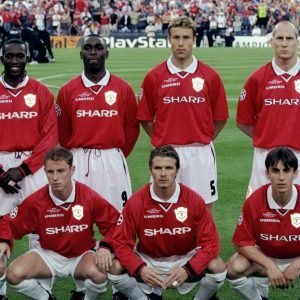