Brendan Rodgers has refused to rule out the possibility of Leicester City signing Adam Lallana this summer.

It has been reported that the 31-year-old is likely to leave Liverpool at the end of the season, following six years at the club.

Leicester have been linked with a move for Lallana, allowing him to link up with Rodgers again, following their time together with the Reds.

Speaking to reporters on Wednesday, as transcribed by Leicestershire Live, the ex-Liverpool manager remained coy about the situation, lauding the midfielder’s ability as a player.

Adam’s a fantastic player. He’s someone I brought into Liverpool and I’ve been aware of his talents since he was a young player at Southampton.

He’s at the stage where he’s done brilliantly there and I’m sure he’ll be weighing up his options.

I’d only add that he’s a top-class player.

I think Liverpool should sell Lallana this summer, due to his high wages and increasing lack of influence at Anfield. He is one of the highest earners in the squad, taking home a reported £110,000 a week, yet isn’t a regular, making just three Premier League starts this season.

On top of that, injury problems have plagued his career, and the money saved on wages could be useful for the summer window.

I believe Leicester could suit Lallana well, in terms of his ball-playing ability, in a Foxes team who have caught the eye this season in that respect. He has an 83.4 per cent pass completion rate in 2019/20, which is superior to James Maddison (82.9%), who plays in a similar attacking midfield role for Leicester.

Essentially, Liverpool have moved on without the midfielder, even though he has still contributed this season, with the likes of Fabinho, Jordan Henderson and Gini Wijnaldum far more essential to Jurgen Klopp’s plans, as the Reds sit on the verge of becoming Premier League champions.

The trio have a combined total of 88 appearances, while James Milner and Alex Oxlade-Chamberlain (both 28) have more appearances than Lallana’s tally of 19, too.

Would you keep Lallana at Liverpool beyond the summer? 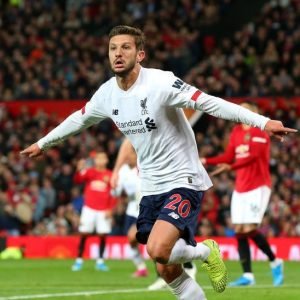 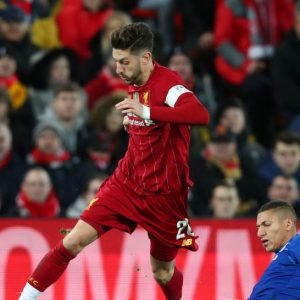