Liverpool are “one of the best teams in European history”, according to Norwich City manager Daniel Farke.

The Reds return to Premier League action on Saturday evening, having enjoyed their winter break. They will be looking to pull 25 points clear of Manchester City, highlighting their dominance this season.

Liverpool could do a Champions League and Premier League double this season, while also winning the FA Cup is not yet out of the question.

Someone who thinks that could be possible is Farke, who heaped praise on the Reds in his pre-match press conference, with quotes provided by The Athletic’s Michael Bailey:

Farke certainly feels Liverpool have a shot of the @premierleague & @ChampionsLeague double.

“They are one of the best teams in European history.”#NCFC #NORLIV #LFC

I think it is testament to the job Jurgen Klopp has done that opposition managers are making such bold statements about Liverpool.

Whether or not they are one of the greatest Europeans teams is up for debate, but retaining their crown could go a long way backing up that claim, in my opinion.

No English team has managed to do that yet, since the European Cup changed to the Champions League in 1992. Only Real Madrid have managed it in that time, winning it in three successive seasons, in 2016, 2017 and 2018, beating the Reds in the final in the most recent of those.

I certainly believe this is the best Liverpool team I have seen, with the Reds magnificent at the back, relentless in midfield and brimming with world-class talent in attack. Alisson and Virgil van Dijk have transformed the back-line with their dominance, with the leaders conceding just once in the league since early December.

Meanwhile, the likes of Fabinho, Jordan Henderson and Gini Wijnaldum bring great industry, and the goals and assists of Mohamed Salah, Sadio Mane and Roberto Firmino speak for themselves, with the trio scoring 239 times for the Reds.

Will Liverpool retain the Champions League this season? 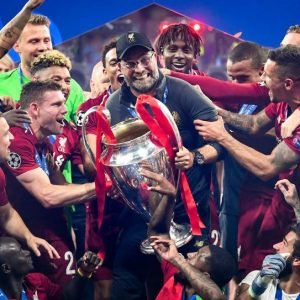 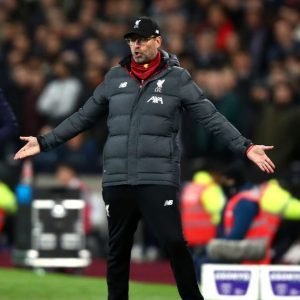