Andy Robertson has revealed that he is “pain-free”, following his return from a winter break.

Liverpool are back in Premier League action on Saturday evening, making the trip to Norwich City.

Robertson is expected to feature prominently once more, although his form dipped slightly before the break.

A niggling injury seems to be the reason behind that, but the 25-year-old told LiverpoolFC.com that he feeling fully fit again:

I know mine feels better, I feel closer to 100 per cent in terms of my body, which is always a positive.

Being in training pain-free is always a nice thing, which maybe hasn’t happened in a couple of weeks leading up to that.

To clear up any of that is a positive, for a week to just let your body recover.

Having Robertson back to his best may only make Liverpool more formidable, in my opinion, not that he was exactly poor before the winter break. The Scot wasn’t quite as imposing going forward, however, and hasn’t assisted since the 2-0 win over Sheffield United on January 2nd.

He was also caught out defensively for Raul Jimenez’s goal at Wolves, and hasn’t been quite as crisp on the ball, albeit still completing 84 per cent of his passes against Southampton last time around.

Only Firmino and Trent Alexander-Arnold have assisted more goals than Robertson in the Premier League this season, so having a fully fit Scot at the back could come as a great boost for the Reds.

Who will get more assists this season, Trent or Robertson? 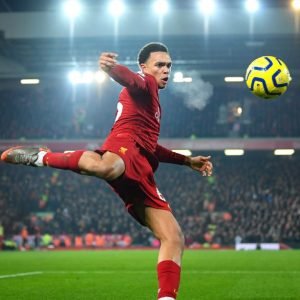 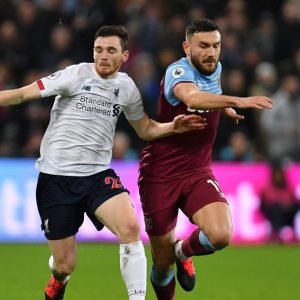