Jurgen Klopp has an almost fully fit squad to choose from ahead to Tuesday’s trip to Atletico Madrid.

Liverpool head to Spain for the first leg of their Champions League last 16 tie, looking to keep up their chances of being the first English team to retain the trophy since it changed from the European Cup back in 1992.

The Reds were in training on Monday morning as Klopp put his players through their paces, but one man’s absence was noticeable once again.

Xherdan Shaqiri was nowhere to be seen, according to the Liverpool Echo’s Connor Dunn on Twitter, suggesting he is still out injured, as was the case in the 1-0 win at Norwich City on Saturday:

No sign of Xherdan Shaqiri who is out injured but other than that all the players have come out to train! pic.twitter.com/aiF8iilUL8

Klopp stated last week that Shaqiri, Nathaniel Clyne and young striker Paul Glatzel are the only current absentees and it doesn’t look as though anything has changed, in that respect.

Liverpool will need to be improved against Atletico on Tuesday, after not always hitting top gear at Norwich, where they needed a late winner from substitute Sadio Mane.

The Reds face a team who have conceded just twice in their last 12 home knockout games, highlighting the size of the task at hand.

Do you want Shaqiri to stay beyond this summer? 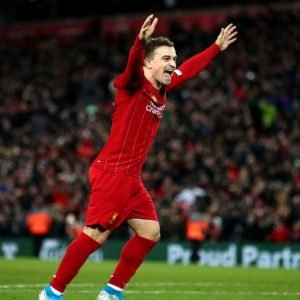 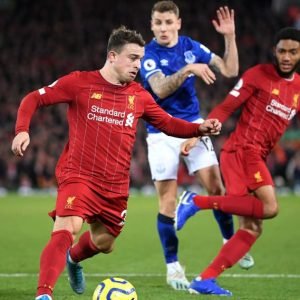