Liverpool head to Atletico Madrid on Tuesday night, looking to make it into the quarter-finals of the Champions League for a third succession season.

The last 16 first leg takes place at the Wanda Metropolitano, where the Reds beat Tottenham in last season’s final.

It promises to be a big test for the reigning champions, against a team who reached the final in 2014 and 2016.

Liverpool go into the game with almost a clean bill of health, although one player is under threat of missing the second leg through suspension.

The man in question is Andy Robertson, who is one yellow card away from being out of the return fixture at Anfield, as The Athletic’s James Pearce confirmed on Twitter.

Andy Robertson is the only #LFC player one booking away from a CL suspension. If he gets a yellow card tomorrow night he’ll miss the second leg v Atletico.

These Liverpool supporters have taken to Twitter to play down the issue, backing the ever-reliable James Milner to fill in at left-back, should Robertson receive a booking in Madrid on Tuesday.

Milner can see us through everything in fact, regardless..

Milner is a good enough deputy, I expect us to have the majority of the ball at Anfield so it may not hurt us as much as people might imagine if Robbo was to miss it

We got Milly standing by 💪💪 pic.twitter.com/mquAcrY5ZA

But Jimmy Milner is back so all is right with the world!!

Who will get more assists this season, Trent or Robertson? 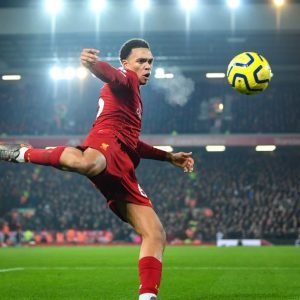 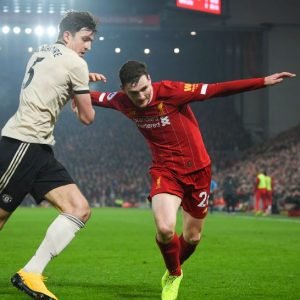