Roy Keane has become an entertaining pundit these days – even some Liverpool supporters may be willing to admit that.

The former Manchester United midfielder will always be brutally honest in his thoughts, never holding back in his opinion of anything football-related.

Keane was in the Sky Sports studio alongside Jamie Carragher on Monday night, as United beat Chelsea 2-0 at Stamford Bridge.

After the game, the former midfielder and Carragher discussed a combined XI made up of players from United’s treble-winning team and the current Liverpool side.

The pair clashed on Monday Night Football as they failed to agree on their combined Liverpool 2020 and Man Utd 1999 XI – watch the full debate on our YouTube channel here: https://t.co/DoxcUbRpCx pic.twitter.com/mtKc0eqM4H

Unsurprisingly, Keane’s bias shone through and he ended up picking only Trent Alexander-Arnold and Virgil van Dijk, choosing nine United players alongside them.

This meant there was no room for any of Mohamed Salah, Sadio Mane and Roberto Firmino, with Dwight Yorke and Andy Cole preferred up front.

These Liverpool supporters have been reacting to Keane’s team on Twitter, finding themselves lost for words at some of the omissions.

Mane gets in surely? These blokes have dropped 2 points out of 105 and won a CL last season. Can’t be that biased surely re?

3 goals and 2 assists from Giggs!! He wouldn't even make the bench.

Pointless having this combined team discussion with Roy Keane

The most pointless thing ever by sky sports to have Keane pick this combined team ..Neville would have been far more rational and less bias

Keane knew himself how dumb his decisions were, I think even United fans would as well. Ryan Giggs with 3 goals all season ahead of Mané? Lol 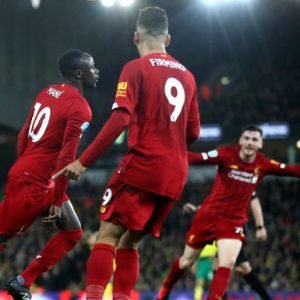 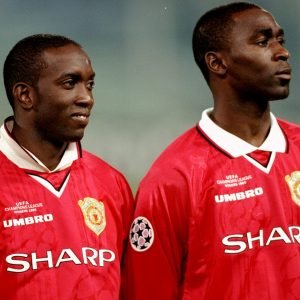