Jordan Henderson has provided a worrying update on a potential hamstring injury, following Liverpool’s 1-0 defeat away to Atletico Madrid.

The Reds were beaten in the first leg of their Champions League last 16 clash on Tuesday, giving them lots of work to do in the return fixture.

On a frustrating night all round, the sight of Henderson limping off in the second half was an obvious blow.

In the mixed zone after the game, Goal’s Neil Jones confirmed that the Liverpool skipper said “I’m not sure”, when asked about the severity of the injury:

Jordan Henderson limping quite badly as he comes through the mixed zone. "I'm not sure," he says when asked how bad the hamstring issue is. #LFC

Henderson will undergo a scan to determine the damage, with a spell on the sidelines possible.

The 29-year-old didn’t play well on Tuesday, but a potential period on the sidelines could prove to be a big blow to Liverpool.

He has been one of the standout players in this incredible season, leading with authority and providing quality, including five goal involvements (two goals, three assists) in as many appearances recently.

I do think this could hand Naby Keita a chance to stake a claim, however, with the Guinean still trying to find top gear in a Liverpool shirt.

The midfield is a hugely competitive area of the pitch for the Reds, but if the 25-year-old can find a rhythm and play regularly, he has the ball-playing skills and off-the-ball brilliance to become a key man.

I feel as if his guile was missing against Atletico, on a night when Henderson, Fabinho and Gini Wijnaldum all struggled in terms of creativity, with Liverpool not managing a single shot on target.

The hope is that Henderson makes a swift return, however, in what could be a memorable few months for him, as he lies on the cusp of lifting the Premier League trophy.

Should Henderson win the PFA Player of the Year award? 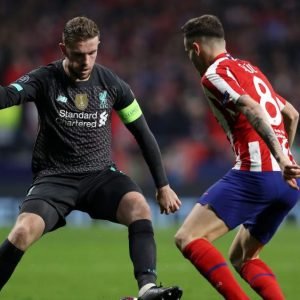 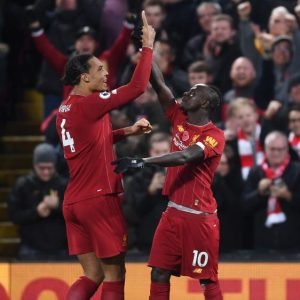