The Reds have only dropped two points all season, winning 25 and drawing one of their 26 games to dates.

Only 15 points are required to guarantee a first league title since 1990, in what has been a staggering campaign.

While talk has turned to Liverpool replicating Arsenal’s 2003/04 feat by going unbeaten over 38 matches, Cascarino has poured cold water on the idea in an interview with talkSPORT, with quotes provided by the Evening Standard:

I think they will get beat. I have said it all along. My reason is purely down to that they’ll have the league done and dusted by the end of February.

This is a lazy assumption from the former Chelsea striker, who clearly hasn’t been paying enough attention to the professionalism and mentality that exists under Jurgen Klopp. The German demands perfection from his players and he simply won’t allow them to rest on their laurels.

Even if the title has been won and Liverpool still haven’t lost, the players taking to the pitch will know that their places in the team are at risk, potentially for a huge Champions League or FA Cup game, should the Reds still be in those competitions.

They will be aware that any slight drop-off will both not be tolerated and that it could be detrimental to their future chances of featuring in the team.

Klopp may come across as a happy-go-lucky figure, but he is also as ruthless as they come, summed up by the manner in which he disposed of Mamadou Sakho back in the summer of 2016.

If he sees a player not giving his all, and not showing exactly the same intensity that they did before the title was won, there is a chance they could end up kissing their Liverpool careers goodbye.

Going unbeaten is still going to be an enormous ask for the Reds this season, and there will be no shame if they do slip up at some point. Trips to Everton, Manchester City and Arsenal all look awkward on paper, as does the visit of Chelsea in May – the day Klopp’s men should lift the trophy.

If they do lose, though – incredibly, they have only been beaten once in the league since May 2018 – it won’t be down to any lack of professionalism or hunger.

The old ‘one game at a time’ cliche may be frustrating to hear from players in post-match interviews, but it genuinely is an approach that Liverpool have mastered this season.

That won’t change between now and May, whatever the circumstances, and it stands them in good stead to achieve a remarkable record.

Will Liverpool go unbeaten in the Premier League this season? 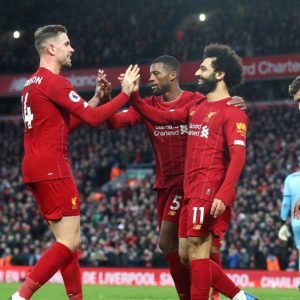 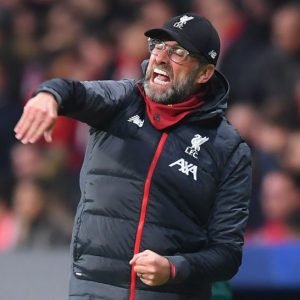