Bukayo Saka has refused to rule out a move away from Arsenal, admitting he is focusing solely on his football currently.

The 18-year-old is reportedly being watched closely by the Reds, as they weigh up a potential summer move.

Arsenal are attempting to nail Saka down to a new contract, with his current deal expiring at the end of next season.

Speaking about his future, with quotes provided by the Daily Mail, the teenager remained coy about a new deal, amid rising interest interest in his services.

I just leave all that stuff to my agent and my parents. I just enjoy my football and play my football.

They’re sorting it out. Of course I’m enjoying my football, enjoying playing under the new coach so we’ll see what happens.

Saka’s ability speaks for itself, with three goals and six assists highlighting his maturing in the final third this season.

Although more naturally a left winger, I think he could come in as an exciting understudy to Andy Robertson. Trent Alexander-Arnold has been turned into a world-class right-back by Jurgen Klopp, having predominantly been a midfielder at youth level, and Saka could be similar, after playing in that position at times this season.

Left-back is one area of the pitch where Liverpool look light – Robertson is the only natural senior left-back at the club – so a summer addition in that area could be vital.

It may be that Saka ends up extending his stay at Arsenal, but the Reds’ interest makes perfect sense, particularly as the Gunners would have to cash in on him this summer, rather than lose him on a free transfer in 2021.

Is Saka good enough to be a back-up to Robertson? 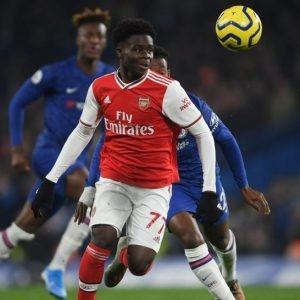 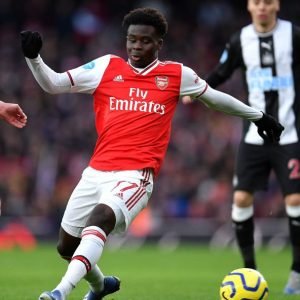