Jordan Henderson’s injury layoff may be a blow to Liverpool, but it opens up a wonderful opportunity for Naby Keita.

Henderson is expected to be out of action for a few games, having damaged his hamstring in the 1-0 defeat to Atletico Madrid on Tuesday. The skipper has been one of the Reds’ standout players this season, so he will leave a noticeable void in the heart of the midfield.

If one player can benefit from it, however, it’s Keita.

The Guinean is still trying to match the hype that surrounded his arrival in the summer of 2018, having signed from RB Leipzig the previous year.

While some supporters may be overly-harsh on the impact he has made, it is still undeniable that Keita has flattered to deceive. Injuries have played a key role in this, in fairness, with his rhythm seemingly affected every time he finds a run of good form.

Keita was flourishing late last season, but he was forced off in the Champions League semi-final first leg against Barcelona, playing no further part in the campaign.

The 25-year-old was also catching the eye over the Christmas period this season, scoring and assisting away to Bournemouth, only to pick up an injury in the warm-up against Sheffield United.

This is his time to shine, though – a moment when Keita can truly prove his worth, at a point when Premier League glory is close and another Champions League success isn’t out of the question either.

With Henderson out of Monday’s visit of West Ham, for me, Keita should start in his place, preferably alongside Fabinho and Gini Wijnaldum.

He possesses the guile and unpredictability that can sometimes be lacking in Liverpool’s midfield and that could be needed up against a defensive-minded Hammers outfit.

This has to only be the start for Keita, however.

He should be aiming to be a prominent figure in the trip to Watford, the FA Cup clash with Chelsea, and if Henderson still isn’t back, the return fixture against Atletico. In fact, he could be a key player on that night regardless, with creativity likely required to break down Diego Simeone’s side.

Keita has reached a crunch point in his Liverpool career, with fitness issues and inconsistency even leading to doubts about his long-term future at Anfield.

A run of sustained, injury-free good form should put paid to those doubts, but he is under pressure to both stay fit and provide substance in the middle of the park.

With Henderson’s absence, he may never get a better opportunity, and he must seize it with both hands.

Will Keita be a regular starter for Liverpool next season? 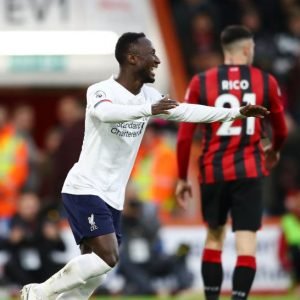 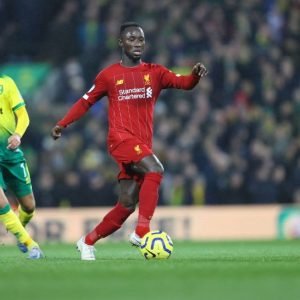