Jurgen Klopp will select a “mix” of players when Liverpool face Chelsea in the FA Cup, according to The Athletic‘s James Pearce.

The Reds head to Stamford Bridge for their fifth round clash on March 3rd, looking to make it into the quarter-finals.

Klopp has picked weakened teams in the last two rounds against Everton and Shrewsbury Town, also not even being present at home to the latter.

When asked in a Q&A about whether or not he thinks the manager will change his stance away to Chelsea, Pearce gave his response:

I think it will be a mix. Not as young as the team which beat Shrewsbury but not as strong as the team would be for say Chelsea away in the Premier League.

Klopp will give game time to senior players who have been short of action. I can see starts for the likes of Lovren, Matip, Lallana, Milner, Origi, Adrian, Minamino etc.

I would personally echo Pearce’s thoughts as I think Klopp will go with a blend of key men and youngsters against Chelsea.

While the Premier League title could be all but wrapped up by then, and the Champions League clash with Atletico Madrid will still be over a week away and it it would be foolish to risk any injuries.

As Pearce alludes to, starts for fringe players makes sense and I would love to see Takumi Minamino, in particular, given minutes

It would also be good to see the likes of Curtis Jones and Harvey Elliott handed another chance to shine as they have merited it, following their efforts in rounds three and four.

Would you pick the strongest possible team against Chelsea? 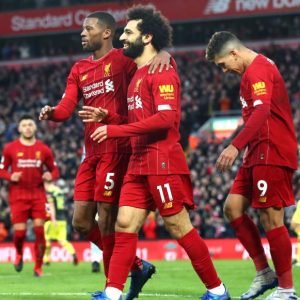 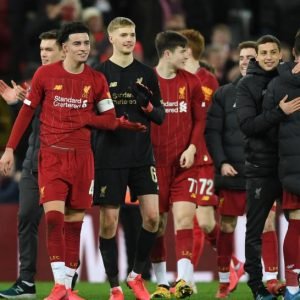