One journalist’s claim that Alisson is the Premier League’s most overrated player is well wide of the mark.

The Express‘ Matt Atherton singled out the Liverpool superstar as the most over-hyped individual in the division, saying it’s “weird that he’s rated so highly.”

He couldn’t be more wrong, however, with Alisson one of the Reds’ most influential signings of the Premier League era.

When you look back at Liverpool’s goalkeepers since Bruce Grobbelaar in his prime in the 1980s, the Reds arguably hadn’t owned a world-class player in that position until Alisson’s arrival.

Pepe Reina was arguably in that bracket for a period in the late 2000s, but even that is up for debate.

As soon as Alisson arrived from Roma, however, it was clear that Liverpool had someone very special in their ranks.

Much like Virgil van Dijk earlier in the same year, the Brazilian transformed the Reds’ defence, improving those around him and possessing an aura between the sticks.

Whether it be his world-class shot stopping ability, his quality on the ball or his general decision-making, Alisson was almost immaculate in everything he did, most notably making a season-defining save against Napoli in the Champions League.

It was fitting that, 12 months on from Loris Karius single-handedly losing Liverpool the Champions League final, Alisson was making several key saves against Tottenham in the same showcase event, helping the Reds clinch European glory.

The 27-year-old has continued in that vein this season, playing a major role in Jurgen Klopp’s men lying on the verge of winning a first-ever Premier League title.

Without him in the Champions League against Atletico Madrid earlier this month, Liverpool were sent crashing out, due mainly to the performance of his deputy Adrian.

Part of Alisson’s brilliance is that he makes everything look so easy, which in part actually works against him. This may be playing a part in Atherton’s controversial opinion.

While mere mortals in goal are forced into making what look like top class saves, Alisson’s speed of feet and positional sense mean he is rarely required to dive at full tilt.

It will be hard to find a genuinely impressive-looking highlights reel of his time at Liverpool, simply because nothing looks too eye-catching. That is the ultimate compliment.

To say that Alisson is the Premier League’s most overrated player either suggests he isn’t being watched regularly enough, or the ease at which he performs is almost treated as a negative. 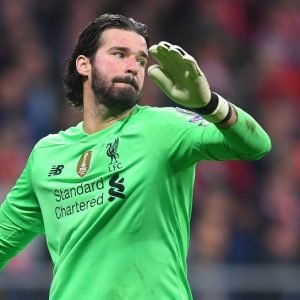 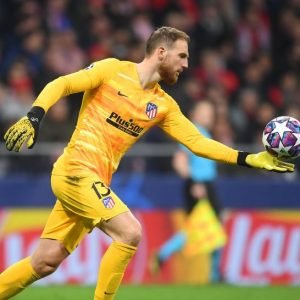