Lee Bowyer could have been a star at Liverpool, had his move to Anfield gone through during the 2000s.

The former midfielder recently admitted that he came within inches of joining the Reds in 2002, when he was at the peak of his powers.

The transfer fell through at the eleventh hour, however, with Bowyer deciding against the move and staying put at Leeds United.

It was a sliding doors moment, in many ways, with the ex-Leeds man never the same player after that point.

Had he become a Liverpool player, it could have been so different.

In the early 2000s, Bowyer was one of the most influential midfielders in the country.

While Steven Gerrard and Paul Scholes were England’s undisputed first-choice midfield pairing, he was on the verge of staking a real claim to play more regularly for the Three Lions.

Bowyer was part of a hugely exciting young Leeds side managed by David O’Leary – one that also featured the likes of Rio Ferdinand, Harry Kewell and Robbie Keane.

They reached the semi-final of the Champions League in 2001, losing to Valencia, and they also looked like genuine title challengers to Manchester United, proving to be every bit as good as Liverpool’s treble-winners in 2001.

When Liverpool came knocking in 2002, there was understandable excitement from many Reds supporters, with the then 25-year-old seemingly in his prime.

Had he gone through with the move, I firmly believe he could have become a key man for the Reds over a number of years, whereas instead his career petered out at an alarming rate.

Under Gerard Houllier, Bowyer would have been managed by an ideal figure – someone who knew the importance of discipline and fitness, and who could have kept the midfielder on the straight and narrow.

Not only that, he would have been accompanied by some formidable midfielders, dovetailing with a young Gerrard, as well as the likes of Didi Hamann and Danny Murphy.

It was a side with an English nucleus, with Jamie Carragher and Michael Owen also prominent individuals, so he wouldn’t have too many problems fitting in. With the likes of Jamie Redknapp and Patrik Berger slowly coming to the end of their time at Anfield, regular football would have been likely.

There is no guaranteeing that Bowyer could have been a hero at Anfield, but the previous three years suggested he may have been an ideal addition, going on to enjoy many more years at the top.

There must be a part of him that massively rues pulling out of that deal 18 years ago, considering what happened afterwards. Bowyer is a forgotten player in many ways, but at his best, he was a formidable footballer.

Would Bowyer have been a success at Liverpool? 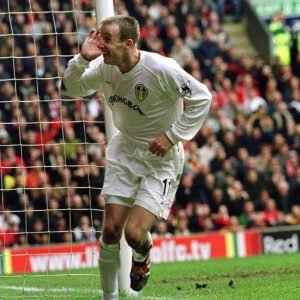 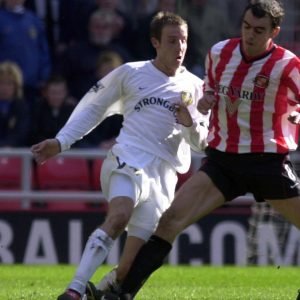