Liverpool have been urged to make a move for Pierre-Emerick Aubameyang this summer.

The 30-year-old has been fantastic for Arsenal since joining in January 2018, scoring 61 goals in just 96 appearances.

Aubameyang has been linked with an exit from the Emirates, however, and Merson believes Liverpool should consider signing him.

Speaking on Sky Sports News, with quotes transcribed by Sports Mole, the former Arsenal favourite outlined his stance on the matter.

Everyone knows about Aubameyang’s contract situation but there aren’t too many clubs in England looking to fill that position.

I’m sure Manchester City will probably put all their eggs into Gabriel Jesus when Sergio Aguero eventually goes, so I don’t think they will have much interest.

I think if you were Liverpool you would have a look and Jurgen Klopp knows him very well from their time together at Borussia Dortmund, but it does worry me that Klopp hasn’t gone in for him. He would surely know him better than anyone.

Aubameyang is among some of the best strikers in the world, but I don’t believe Liverpool should sign him this summer. The Gabon superstar turns 31 later in the year, which is unlikely to appeal to Jurgen Klopp, who prefers to sign players in their early to mid-20s, as the likes of Mohamed Salah, Sadio Mane and Naby Keita prove, to name just a few.

Five years ago, I think Aubameyang could have been a fantastic addition. He and Klopp excelled together at Borussia Dortmund, with the striker scoring 41 times in 94 games under the German.

He is now in his 30s, however, and adding that to the wages he could demand –  he is on a reported £200,000 a week, which only Salah is earning at Anfield – means it makes little sense for the Reds now.

Would Aubameyang be a good signing for Liverpool this summer? 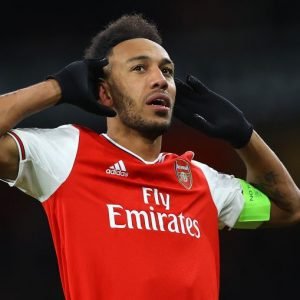 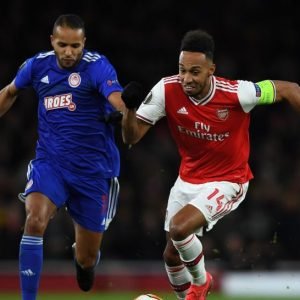