Liverpool look set to miss out to Barcelona for the signing of Gustavo Maia, according to Marca.

The La Liga giants are believed to have beaten both the Reds and Atletico Madrid in the race to snap up the Sao Paulo star.

It is reported that Barca have agreed a fee of just under £1 million, with a further £3.2 million to be paid, in order to get 70 per cent ownership of Maia.

While the Reds appear to have missed out on this deal, the fact that they are looking to bring in young forwards could spell trouble for Rhian Brewster.

The 19-year-old is currently on loan at Swansea City, where he has scored just four goals, after struggling to earn game time at Anfield this season.

Despite his big reputation, Brewster hasn’t kicked on since suffering knee and ankle injuries, hence his lack of football in the first team. When he has played, his impact has been minimal, certainly compared with the likes of Curtis Jones and Harvey Elliott.

Liverpool are now arguably the best team in Europe and ruthlessness is required when it comes to Jurgen Klopp’s squad. Brewster still has great potential, but he will know that his future with the Reds could be in doubt if he doesn’t go up a gear quickly as he attempts to rival the club’s star-studded attacking options.

QUIZ: CAN YOU NAME THESE LIVERPOOL PLAYERS WITHOUT SEEING THEIR FACES? CLICK HERE TO PLAY TODAY’S QUIZ.

Does Brewster have a long-term future at Liverpool? 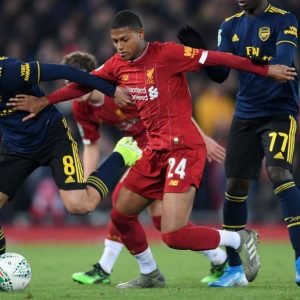 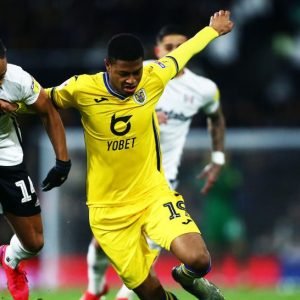