Manchester United believe they have won the race to sign Jude Bellingham, according to 90min.

The 16-year-old has starred for Birmingham City this season, becoming one of the most talked-about young players in the country.

Liverpool are one of those to have been linked with Bellingham, but United appear to be closing in on him.

The midfielder visited their Carrington training ground earlier in the month and the club are now reportedly ‘confident they have done enough’ to bring him to Old Trafford.

Missing out on Bellingham would be a shame, considering his ‘ridiculous‘ potential, but he isn’t exactly a must-buy player for Liverpool at this stage.

Let’s not forget that Curtis Jones is an emerging star at Anfield, with both he and Bellingham known to occupy similar positions, whether it be attacking midfield or in a front-three berth.

Harvey Elliott is another who could see his path blocked if Bellingham was to sign, so losing out to United might not be such a disaster, given the young talent Jurgen Klopp already has at his disposal.

That being said, Bellingham clearly has the potential to be a future star – he has scored four goals in the Championship this season, at just 16 years of age – so if Liverpool suddenly find themselves as favourites to sign him, they should certainly consider it.

QUIZ: HOW MUCH DO YOU KNOW ABOUT THE SQUAD NUMBERS THAT HAVE BEEN USED BY LIVERPOOL? CLICK HERE TO PLAY TODAY’S QUIZ.

Will Jones be a future regular starter for Liverpool? 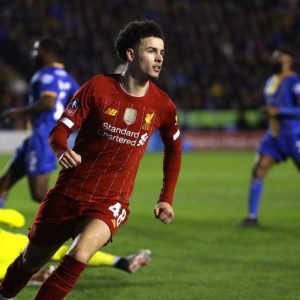 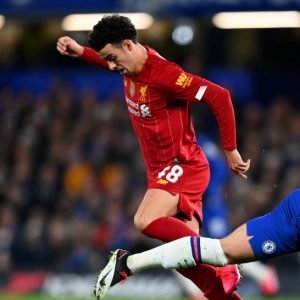