Lionel Messi has hailed Virgil van Dijk as “one of the best in the world”, as the defender’s reputation continues to soar.

The Dutchman has been a magnificent signing by Liverpool, transforming their defensive fortunes since arriving in January 2018.

He is viewed by many as the world’s leading centre-back, and someone who could go on to become a true great.

Speaking about Van Dijk when presented with him on a set of Champions League trading cards, with quotes cited by the Daily Star, Messi revealed his admiration for the man he came up against in last season’s Champions League semi-final.

He is a very tough opponent, one of the best in the world.

For someone of Messi’s standing to say such nice words speaks volumes about Van Dijk’s brilliance as a player.

I firmly believe he is already Liverpool’s best defender of the Premier League era, and possibly even of all time.

The likes of Alan Hansen, Sami Hyypia and Jamie Carragher admittedly have longevity on their side, but, for me, none of them were as good as Van Dijk is.

As a player, he is almost without fault, as he posseses speed, strength, aerial presence, quality on the ball, positional sense and leadership.

Hansen, Hyypia and Carragher were all undoubtedly great players, but they had the odd rare weakness, whether it be a lack of pace for Hansen and Hyypia, or aerial dominance for Carragher.

If Van Dijk can continue at his current level for another four or five years, I think he should be considered one of the all-time greats, considering how dominant his performances are.

Should Van Dijk win PFA Player of the Year? 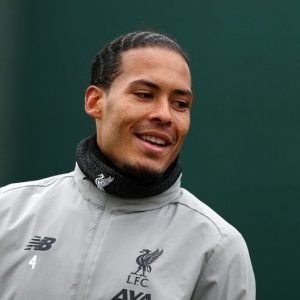 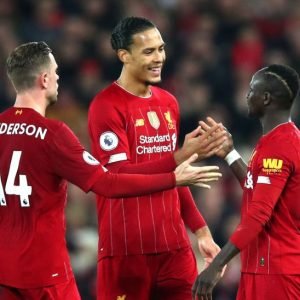