A number of Liverpool fans have mocked Raheem Sterling, after a telling statistic suggests an incident with Joe Gomez may have affected his form.

The Reds hosted Manchester City back in November, in what was a crucial Premier League clash in the title race at the time.

Liverpool went into the game with a six-point lead, but it was soon nine, as they eased past the champions with a 3-1 victory at Anfield.

Perhaps the standout moment of the contest came in the second half, however, as Gomez and Sterling clashed.

The England colleagues squared up to one another after an on-field tussle, and it spilled onto the international duty the following day, with Gomez receiving a scratch to the eye for his troubles.

An incredible statistic has emerged on Twitter, showing how drastically Sterling’s form has dipped since facing him former team:

• Before this confrontation-
Sterling has scored 11 goals & 1 assists.

• After this confrontation-
Sterling has scored 0 goals and 0 assists.

These Liverpool supporters took to the social media website to mock the City forward, suggesting that Gomez clearly got under his skin.

Things you love to see 🤣

sterling has scored 0 goals since this btw and Joe Gomez has gone on to be top 2 centre backs in the league lol https://t.co/k3BwoKMIEb

Would Sterling get into Liverpool's team currently? 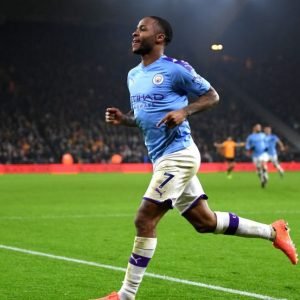 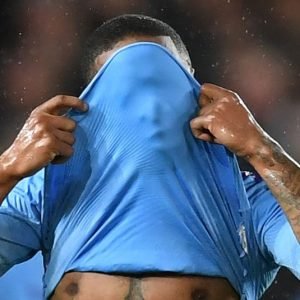