Ben White could be a strong centre-back partner for Virgil van Dijk, according to former England goalkeeper Paul Robinson.

The 22-year-old continues to be linked with a move to Liverpool this summer, having shone for Leeds.

White is on loan from Brighton at the moment, but could move on at the end of the season.

Speaking to Football Insider, Robinson spoke highly of the youngster, tipping him to be a regular alongside Van Dijk at Anfield ahead of Joe Gomez.

Liverpool will be monitoring him very closely. It is going to be very tough for Leeds to hold onto him. From a Leeds point of view, you would like to think they could hold onto him but it will be very difficult.

Brighton will want him back and I’m told Liverpool are already looking at him – as others will. If Brighton go down it will be a certainty he goes. I can see him playing for a top-six side next season.

He would certainly be in the frame to get a start. He has served his apprenticeships. Alongside van Dijk, he would grow in stature and it would be an outstanding partnership.

In some ways, White has almost been Leeds’ equivalent to Van Dijk in the Championship this season. Like the Dutchman, he has started every league game to date in 2019/20, holding the defender together.

Comparing anyone to Van Dijk feels harsh – he is arguably one of the best centre-backs of his generation – but White’s numbers aren’t embarrassing in comparison.

His 85.3 per cent pass completion rate in the league isn’t too inferior to Van Dijk’s (89.2%), suggesting he could thrive for a ball-playing Liverpool side.

White outdoes the Reds superstar in the interception and tackles stakes, however, averaging 2.3 and 1.7 per match, compared to Van Dijk’s 1.0 and 0.8, respectively.

While that may suggest Van Dijk is better in a positional sense, it still outlines White’s influence, and he could rival Gomez and Joel Matip for a regular starting berth if he were to make the move to Anfield.

Is White a stronger option than Gomez? 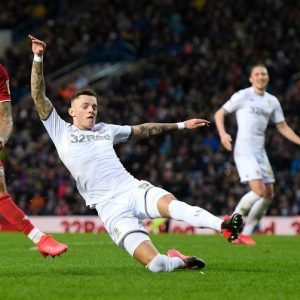 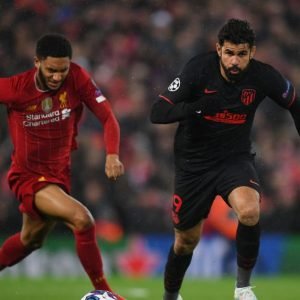