Jordan Pickford could yet be retrospectively banned after his shocking tackle on Virgil van Dijk, according to the Mirror‘s John Cross.

Van Dijk was badly injured by Everton’s goalkeeper on Saturday, following a reckless lunge in the early stages of the 2-2 draw at Goodison Park.

The Liverpool centre-back was subsequently forced off and unable to continue, with the club now sweating over the severity of his injury. Some claims suggest he may have done ACL damage, potentially ruling him out for many months.

Cross states that ‘the Football Association can take retrospective action on incidents which were missed by the referee – and that also extends to the video assistant referee.’

Not only was Pickford not sent-off for the tackle, his blushes were also spared in the dying minutes, after Jordan Henderson’s shot squeezed through him, only for the goal to be disallowed by VAR.

It would be criminal if Pickford got away with not receiving any post-game ban, given the nature of his challenge.

It was a sickening moment that has the potential to end Van Dijk’s season in an instant, and even possibly hamper his career in the long-term.

The hope is that the Dutchman’s absence from the Liverpool team isn’t as long as currently feared, but there is no confirmation either way yet.

I believe Van Dijk is the Reds’ most important player, such is his world-class level of consistency at the back, and his standing as possibly the world’s leading centre-back.

His continued availability since joining in January 2018 has played such a key role in Liverpool’s success and being without him is a huge blow.

Should Pickford be banned? 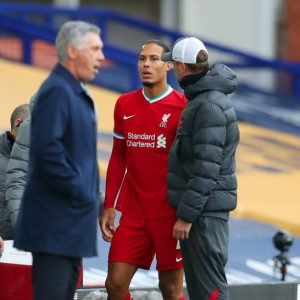 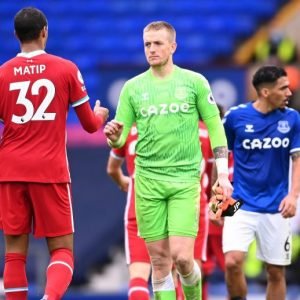