A number of Liverpool fans have been lauding Trent Alexander-Arnold’s latest piece of technical brilliance, following the Reds’ 2-0 win over Mitdjylland in the Champions League.

Jurgen Klopp’s side were a long way from their best on Tuesday night, but Diogo Jota’s tap-in and Mohamed Salah’s penalty clinched victory at Anfield.

It means Liverpool are on maximum points after two games in Group D and Atalanta’s 2-2 draw at home to Ajax made it a perfect night, in many ways.

While numerous players struggled to impress against Midtjylland, from Takumi Minamino to Divock Origi, Alexander-Arnold was comfortably the Reds’ standout player, earning Man of the Match awards across the board.

The 22-year-old laid-on the opener for Jota shortly after the break, before his inch-perfect pass allowed Salah to win the penalty that he eventually scored.

Not only that, but one outrageous pass in the first half was picked out after the game, having largely gone under the radar during it.

Alexander-Arnold produces a stunning cross-field ball to Andy Robertson, with the trajectory of it a thing of real beauty.

These Liverpool supporters have taken to Twitter to heap praise on the boyhood club, as his natural ability comes to the fore once again.

Big fan of this outside of the boot, volley pass, to the opposite flank from @TrentAA pic.twitter.com/8onyenzLtH

His passing is sublime 🎯 😍

Is Trent the best right-back in the world? 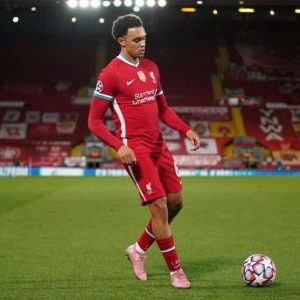 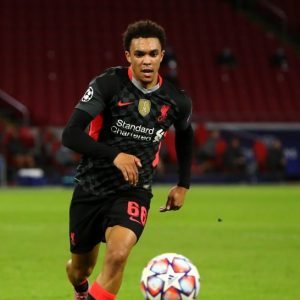