Some Liverpool supporters have been lauding Harvey Elliott, following another influential performance for Blackburn Rovers.

The 17-year-old joined the Championship club during the summer transfer window, in order to earn more playing time.

With Xherdan Shaqiri staying put at Liverpool, and a host of other top-class attackers on show at Anfield, it was tough to see how Elliott would be a key part of Jurgen Klopp’s plans in 2020/21.

The early evidence suggests that the forward made the right decision in choosing Blackburn, having made an excellent start to life there.

Having scored in the 4-0 win at Coventry City earlier in the month, Elliott was on goal-making duties on Tuesday night, as Blackburn hosted top-of-the-table Reading.

The former Fulham youngster teed-up Adam Armstrong to make it 1-1 early in the game, crossing from the right-hand side with precision.

Unfortunately, Elliott was powerless to do anything about the eventual result, with Reading pulling away and winning 4-2 at Ewood Park.

Nevertheless, the silky attacker still caught the eye with his performance, with word of it leaking to Liverpool fans on Twitter, during the evening and beyond.

These supporters showed their love for Elliott, as he continues to show off his prodigious talent.

Harvey Elliott with another assist for Blackburn last night. pic.twitter.com/00A4TR0ERW

Lad brings so much confidence with his playstyle to the team. Learnt to be comfortable with his abilities from LFC. Matter of time to shine within first 11 for the reds

👏🏻| Harvey Elliott got another assist for Blackburn tonight.

Too far to say Harvey Elliott will become better than Sancho?

Will Elliott be a future Liverpool regular? 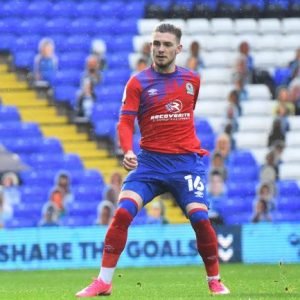