Divock Origi is being tipped for a move away from Liverpool in January, according to Voetbal24.

The Belgian has fallen out of favour at Anfield, with not only Mohamed Salah, Sadio Mane and Roberto Firmino better options, but also Xherdan Shaqiri, Diogo Jota and Takumi Minamino.

Origi was woeful in Liverpool’s 2-0 win at home to Mitdjylland on Tuesday evening, barely affecting the game and earning a five-out-of-10 rating from This Is Anfield.

The 25-year-old is now being tipped to leave in the next transfer window, with Club Brugge mooted as a potential option.

Origi feels his lack of playing time could hamper his chances of featuring for Belgium, especially with Euro 2020 taking place next summer.

I am surprised Origi stayed at Liverpool beyond the most recent transfer window, considering how far down the pecking order he is. It may simply be that nobody came in with a suitable offer.

The striker will always be remembered fondly for his goals against Tottenham, Barcelona, Everton and Newcastle, but the Reds have gone up a level while he has stood still.

He is no longer of the required standard, even as a backup player, scoring just twice in 2020 and too often resembling a square peg in a round hole.

A January move makes sense for all parties, preferably on a permanent basis. 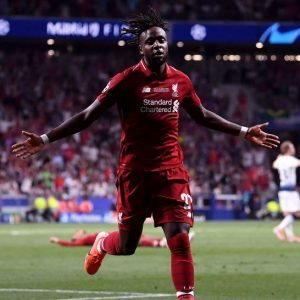 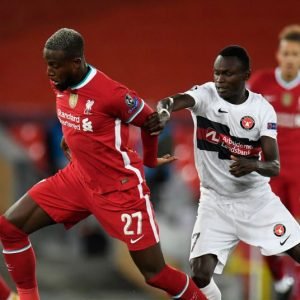