Jordan Henderson has made more forward passes per 90 minutes than any other player in the Premier League this season, it has been revealed.

Henderson has grown into a huge player for Liverpool, overcome early struggles to become a legendary captain, lifting both the Champions League and Premier League as skipper.

There has often been a narrative that the 30-year-old is lacking when it comes to his use of the ball, however, with rival supporters accusing him of passing backwards and sideways.

That myth has been dispelled emphatically, however, with Ninad Barbadikar (@NinadB_06) on Twitter showing a graphic of the most forward passes per game by the league’s midfielders.

It is Henderson who comes out ahead of everyone – it is confirmed in this tweet – including Kevin De Bruyne, in what is an eye-catching statistic.

Any Liverpool supporter who watches the Reds closely knows how good Henderson is by now. His ability has always been underrated and this just shows that he is forward-thinking in his approach.

The England international will always have his detractors – some supporters are simply too stubborn to change their opinions – but he has turned into a top-class performer for arguably the world’s best club side.

This statistic is perfect proof that Henderson is more ambitious in possession than many think.

Is Henderson a better captain than Gerrard? 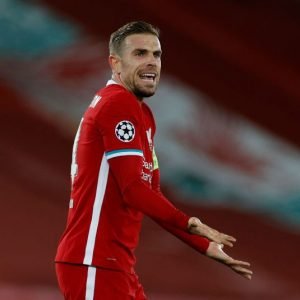 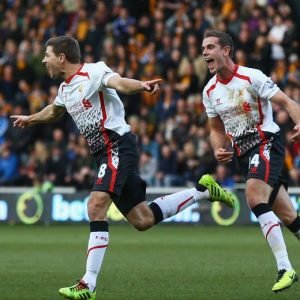