Some Liverpool fans are growing increasingly frustrated by the continued absence of Naby Keita.

The Guinean arrived at Liverpool in the summer of 2018, a year after agreeing a move from RB Leipzig.

There was a huge amount of excitement around the news, with Keita viewed by some as one of the best midfielders in Europe.

The 25-year-old is in his third season at Liverpool now, but he is still waiting to fully explode in a Reds shirt.

Keita has thrown in plenty of good performances, contributing along the way, but he has also flattered to deceive.

Constant injury problems have clearly played a part in the midfielder struggling to get going, with so many promising runs of form ruined because of a fresh issue arising.

Keita finds himself sidelined at the moment with an unspecified injury, having tested positive for the virus affecting the world earlier in the month.

It looks as though he will be unavailable for Saturday’s Premier League clash with West Ham at Anfield, adding to Jurgen Klopp woes, with numerous key men out currently.

These Liverpool supporters have been reacting to the Keita update on Twitter, admitting they are frustrated with his endless spells on the sidelines.

is keita even alive?

I just want to see them play together 😭😭

I’d sell Naby at the end of the season. He’ll never be able to put a run of games together without getting injured.

Tbh I am getting sick of Keita now.

Will Keita ever live up to the hype at Liverpool? 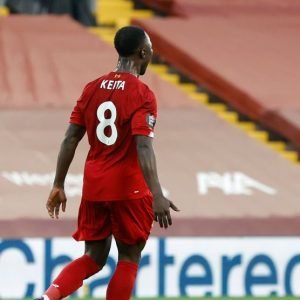