Liverpool midfielder James Milner has become increasingly synonymous with his off-field antics as a social media phenomenon in recent times.

That trend has shown no sign of subsiding this week as the 35-year-old posted a clip from training whereby the experienced ace leaves a floundering Nat Phillips tackling thin air.

Twitter: Is that what they call in Liverpool – “being sent for the Echo”? #ortheboltonnews #chopchop… https://t.co/6CBOGo0ppJ (@JamesMilner)

Both men have stayed in Kirkby as the majority of the squad head off on international duty, Milner having retired and Phillips relatively new to the limelight of top-flight football.

This season the former Leeds United youngster has played 29 times across all competitions, underlying his continued importance at Anfield.

Despite seeing a reduction in game time over recent weeks, this clip is proof that ‘Boring’ Milner still has plenty to offer Jurgen Klopp’s side and will perhaps be called upon as the importance of fixtures intensifies on the run-in.

All told, we can all look forward to Milner leaving Sergio Ramos in a similar fashion at some point across the upcoming two-legged UEFA Champions League quarter-final clash.

Should James Milner Play Against Arsenal On Saturday? 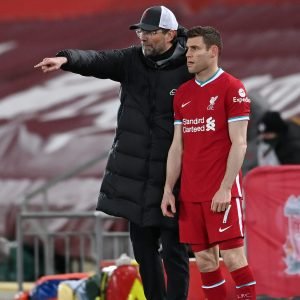 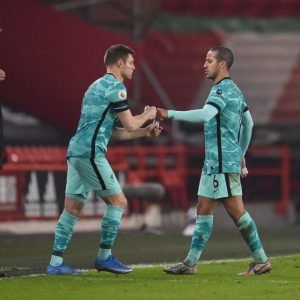