The Reds are believed to be keen on signing the 33-year-old in 2022 as Paris Saint-Germain also become attentive to the possibility.

Los Blancos are seemingly leading the way to land Kylian Mbappe and Erling Haaland – perhaps triggering the departure of the Frenchman.

According to a report from Spanish outlet El Nacional, as cited by Transfer News Live on Twitter, Liverpool are assessing the situation.

🚨 Liverpool are closely monitoring Karim Benzema’s situation at Real Madrid ahead of a possible move being made in 2022.

The Frenchman's future is unclear with the potential arrivals of Mbappé and Haaland.

The report claims the Anfield club would be willing to offer the 94-cap World Cup winner a ‘virtually blank’ cheque in order to head to Merseyside.

So far this season Benzema has scored 17 times and added eight assists in 19 appearances for Carlo Ancelotti’s side.

Valued at £22.5million and under contract in the Spanish capital until 2023 (Transfermarkt), any deal for the prolific frontman would still be an expensive outlay.

Undoubtedly still an elite performer with a plethora of top-quality attributes, whilst Benzema would be a supreme addition to Klopp’s ranks, this is a transfer way out of the norm for the Reds in recent years.

Liverpool are far more likely to target a lesser-known player with more room for improvement and ‘super-fast’ speed, a road that journalist Duncan Castles tipped the club to head down in the January transfer window. 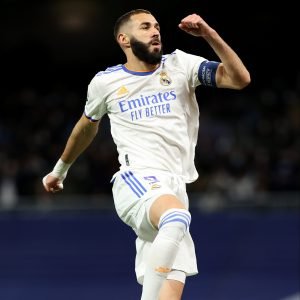 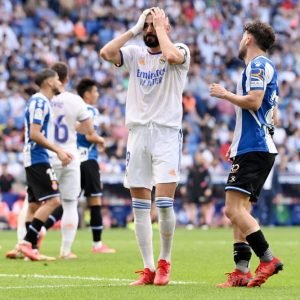