Liverpool full-back Andy Robertson has handed Jurgen Klopp yet another injury scare whilst on international duty.

The 27-year-old looks certain to be a doubt for the Reds’ clash with Arsenal this weekend having been taken off in Scotland’s 2-0 victory over Denmark on Monday night.

Robertson limped off in the second half as the home nation earned an important three points in World Cup qualifying.

The 55-cap Scotland captain took to Twitter after the match but made no reference to the injury or substitution.

Klopp is already sweating on the fitness of Jordan Henderson and Sadio Mane after both men returned to Merseyside early from international duty.

Meanwhile, Naby Keita and Roberto Firmino are certain to miss out whilst Harvey Elliott is also unavailable despite making steps towards a return this week.

It never rains but it pours…

Liverpool fans have had to endure seemingly constant injury woes for 18 months now and must be praying for the problems to cease.

Robertson’s likely absence will hand a deserved opportunity to Kostas Tsimikas. The Greek left-back has been impressive when called upon this term and will no doubt be relishing the chance to tie down the position. 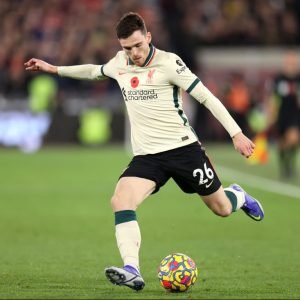 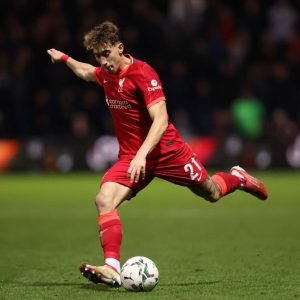