The 23-year-old found the head of Sadio Mane with typical pinpoint accuracy from a free-kick to nod the Reds into a deserved lead in the 39th minute.

Not content with the one assist on the night, Alexander-Arnold was involved in the fourth and final goal as the marauding Scouse full-back found an unmarked Takumi Minamino at the back post.

Those involvements and the clean sheet saw the ace named Man of the Match – as voted by supporters.

Simply brilliant from @TrentAA, who is your @carlsberg Player of the Match ✨ pic.twitter.com/MTVg1PTvcT

The assists took Alexander-Arnold’s tally to nine for this season across all competitions.

On what was a near-perfect night for Jurgen Klopp’s side, there was one moment of concern as despite playing on after picking up a knock, Diogo Jota headed straight to the dressing room after being replaced.

Experts on the suject InjuryMechanisms took to Twitter to speculate on the possible extent of the damage suffered.

Absolutely outstanding once again from the West Derby-born sensation.

Rarely have we seen such an instrumental footballer, certainly from right-back.

Valued at £67.5million (Transfermarkt), the academy graduate has reinvented the role and looks to have plenty more to offer yet.

As for Jota, Kopites will have everything crossed it was merely precautionary and a midweek rest against FC Porto is more than plausible having already won the UEFA Champions League group.

Is Trent Alexander-Arnold The Best Right-Back In The World? 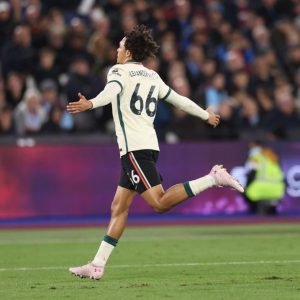 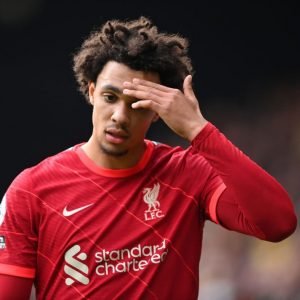