This comes after Portuguese forward Diogo Jota was pictured limping off against Arsenal following a collision with stopper Aaron Ramsdale.

Despite playing on for 15 minutes, the 24-year-old was subsequently replaced and Jurgen Klopp described the blow as a ‘proper knock’ during post-match duties.

Speaking to Football Insider, Robinson suggested that the Reds must enter the market in order to bolster the ranks.

It will be a big worry. Liverpool can cope with missing Jota between now and when the AFCON starts but they cannot afford to lose him when [Sadio] Mane and [Mohamed] Salah go. There’s about 40-odd days before the tournament though. You would like to think Jota will be fine before then. But this will be a warning. If they lost Jota over the AFCON period it would be absolutely disastrous. When Liverpool are on song they can destroy any team. They are a really well-oiled machine but the squad depth isn’t there. If Jota is out for a length of time, Klopp will have to enter the market in January.

Last season Jota missed 19 games through an injury suffered in a dead-rubber against FC Midtjylland.

So far this term the £40.5million valued ace has scored six times and provided two assists in 13 appearances.

Long term absentee or otherwise, this should act as a warning sign to the club ahead of losing Salah and Mane in January.

Whilst the club have refrained from panic buying previously – never more so than amidst the defensive crisis last winter – Liverpool simply must at least assess the avenue of signing an attacker when the window opens.

Do Liverpool Need To Sign A Forward In January? 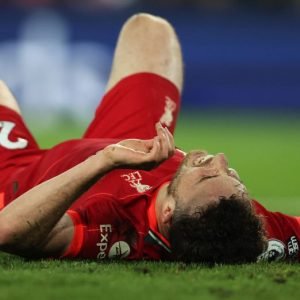 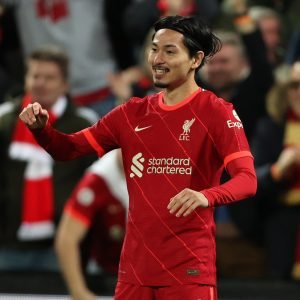