As reported by the Mirror, in comments made in Liverpool’s match programme ahead of the Brighton and Hove Albion match, Swiss international Xherdan Shaqiri has stated that he is ready to play in any role that Jurgen Klopp asks of him this season.

Shaqiri had appeared in a number of positions during pre-season since signing for the club after the World Cup in a £13m move from relegated Stoke City.

Furthermore, he stated that the club will benefit from strong competition for places, adding that this makes the playing squad stronger.

The manager has brought a few players in this summer with very good quality who are going to help a lot. This team needed a little competition in various positions because that makes you better and makes you stronger so I am looking forward to the season and we have started very well.

I believe that I can play every position along the front line and the coach knows that. 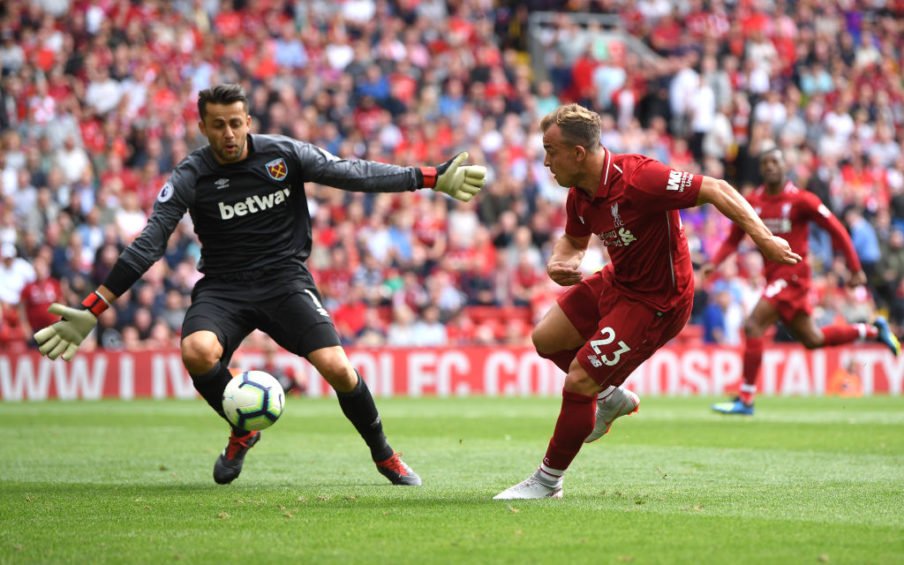 The Swiss also stated that he likes the way that Klopp plays, and while he’s adept at playing in all forward positions, he has no issues playing in any.

Shaqiri has made only one appearance in the Premier League this season, an eight-minute cameo against West Ham in the opener.

He had scored a spectacular overhead kick against Manchester United as the Reds cruised to a 4-1 win in the United States, adding another assist for Daniel Sturridge during the same friendly match.