Harry Wilson, 21, left Liverpool for game time in the summer, after a successful loan spell at Hull City last season. He agreed terms with Derby County to join on a season-long loan. Derby are under new management this season, after appointing Frank Lampard in the summer.

Liverpool’s youngest ever international has been an integral part to Derby’s good start to the season, as Lampard looks to take the Rams into the Premier League. He has shown his versatility this season being utilised as a central midfielder, a left winger and a right winger. He has been effective in all three of his positions.

Wilson had a slow start for the Rams, not scoring in his first four appearances for the club. In his 5th game, he scored his first goal in a 3-1 win against Brentford, after a well-worked counter attack.

His next appearance would follow in the League Cup against Manchester United. After going 1-0 down, the Welsh international equalised with a thumping free kick. Wilson showed his love for Liverpool after mocking United with Torres’ five-time celebration. The game ended 2-2 and Derby won on penalties. 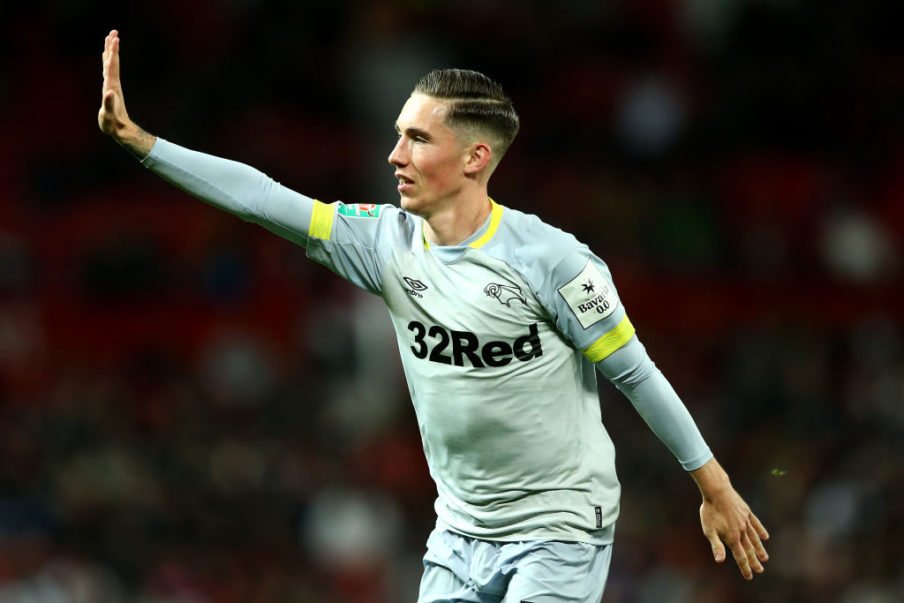 This would be Wilson’s last goal before the international break. He was called up for Wales and once again scored a beautiful free kick in a 1-0 win over Republic of Ireland.

Since the international break, Wilson has been bang in form. He scored his 3rd goal of the season and registered his first assist in a 4-1 victory against recently relegated West Brom. His 4th came when he scored a deflected free kick against Birmingham.

He was called up once again to the Wales squad due to his excellent form for the Rams. Since this international break he has been mainly playing in the same position as his manager played, central midfield.

He’s been in even better form in this position scoring 4 in his last 3 games. These goals have come against Sheffield Wednesday, Stoke and two came in his most recent fixture against Swansea.

His excellent form has seen him score eight goals in all competitions, after playing 18 games. He has also registered one assist. He’s been scoring lots of goals from long range, with six of his eight coming from outside the box.

If he continues this form, there’s no reason Wilson couldn’t be in the first team at Liverpool next season.