Liverpool suffered their first defeat of the season on Tuesday, falling to a 2-0 loss away to Napoli.

The Reds suffered a similar fate in the group stage last season, when the Serie A side again got the better of them at Stadio San Paolo.

Although Jurgen Klopp was no doubt unhappy with the result, he shared a warm embrace and smiled with Carlo Ancelotti after the final whistle.

Speaking in his post-match press conference, the Napoli manager brilliantly told reporters what he said to Klopp:

I told him: ‘Don’t you worry, if you lose in Naples, then you end up winning the Champions League.’

These Liverpool supporters have been reacting to Ancelotti’s comments on Twitter, talking up another Champions League triumph this season.

Ancelotti on what he said to Klopp after the game:

“I told him: ‘Don’t you worry, if you lose in Naples, then you end up winning the Champions League."

Ancelotti: "I told Jürgen (Klopp) not to worry. If you lose in Naples you go and win the Champions League."

Ancelotti is a class act, but his words could easily end up coming to fruition.

Despite Tuesday’s defeat, Liverpool remain one of the favourites to win the Champions League this season.

In truth, there wasn’t a huge amount wrong with their performance at Stadio San Paolo, with VAR working against them.

There should be no panic about the result, with Klopp’s men dusting themselves off and focusing on Sunday’s crucial trip to Chelsea in the Premier League. 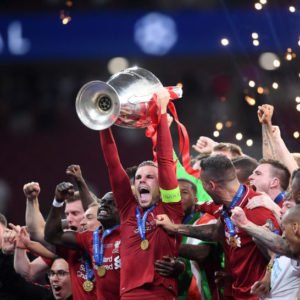 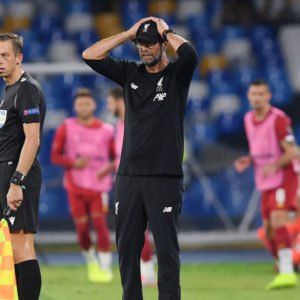