The 25-year-old received criticism from Scotland fans after his performances as captain during the international break.

Then, on Tuesday, Robertson gave away a late penalty as Liverpool lost 2-0 to Napoli in the Champions League, albeit one that looked incredibly soft.

It appears as though the abuse heading the Scot’s way has led to him getting rid of Twitter, which has saddened many fans on the social media platform.

Mad that so many people feel empowered to slate a player who has given so much to Liverpool since joining them.

Andy Robertson has deactivated his Twitter account. If that's because of abuse from some of our so called "fans", you aren't a true fan. Simple.
.
Love you Robbo! pic.twitter.com/j7eHQGBtOr

Y’all made Andy Robertson delete his Twitter? What’s wrong with some of you? It’s really never that deep

Can't believe Andy Robertson has received so much grief of our #LFC fans that the poor lads deactivated his Twitter account no need at all, hes a brilliant player with a massive future at our club

So Andy Robertson has been one of Liverpool's most consistent players and after 1 mistake some 'fans' decide to hound him off twitter? Poor.

It’s disgusting that a footballer should receive such abuse – it’s even worse when the player in question is one of the most humble, likeable individuals to have played for Liverpool.

Robertson is an emotional figure and it’s clear that the criticism heading his way has affected him.

There’s every chance that it’s the behaviour of the Scotland supporters that has made him delete his account, rather than Liverpool fans tearing into him for essentially not fouling a player in the lead-up to a penalty.

Either way, those who are responsible for such awful behaviour should hang their hands in shame. 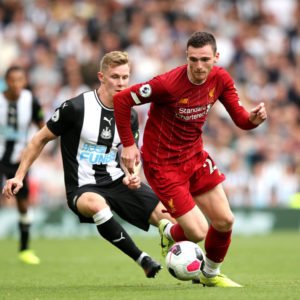 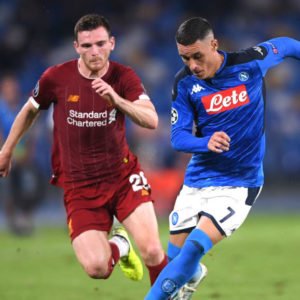