Liverpool head to Stamford Bridge this weekend looking to get back on track after a midweek defeat away to Napoli in the Champions League.

The Reds are five wins from five in the Premier League and the trip to London will be another tough test in their quest for domestic glory.

Ahead of the game, we’ve caught up with Read Chelsea’s Ryan Darby to get the low down on all things Blue.

How happy are you with Chelsea’s start to the season?

Content would probably be the word to use. We’re a young side that is learning and developing as the season goes on, so I think everybody is fully aware that the best is yet to come. We’ve had some very tricky games and to be where we are after five matches is pretty reasonable when you take into account the circumstances.

How would you assess Frank Lampard’s performance?

He’s very much still learning on the job and we can’t ignore that. Tactically, I have been impressed and his willingness to switch things up against a struggling Wolves side was great to see. He’ll need to make big decisions this season and the early signs are positive.

I don’ think he’s got enough credit for his willingness to implement the youth. The transfer ban has become a bit of a kop out among pundits because he could quite easily name a much more experienced side, but he’s backing the kids and the quality is there for all to see.

How impressed are you with Liverpool’s start?

Very. The one thing I really like about this Liverpool team is how you can manage to brush away teams and not even look like you’re out of second gear.

It’s a common cliche in football, but both Man  City and Liverpool have that sense of arrogance about them and it shows just how far away both sides are from the rest of the ‘top six’.

Where do you see the key battles taking place?

I look forward to seeing how Tammy Abraham does against Virgil van Dijk, it’ll be his biggest test against the best player in the world in his position. Aside from that, it will come down to how well we can handle ourselves defensively.

We’ve been a bit ropey at the back but the switch to a back three has settled things ever so slightly.

Who would make up a Combined XI from both teams (including injured players)?

Tough reading for Chelsea but once he’s fully fit, Rudiger will be a huge addition for us and Kante is a simply world-class talent in his position.

Of course, my heart will always say a Chelsea win but my head is telling me otherwise. I just think there will be too much quality on show from the Reds, especially after the disappointment you suffered midweek.

Do you think Liverpool will win at Stamford Bridge? 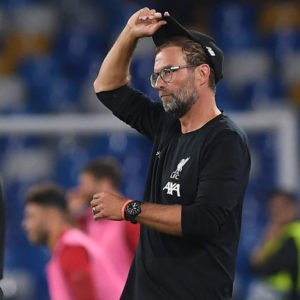 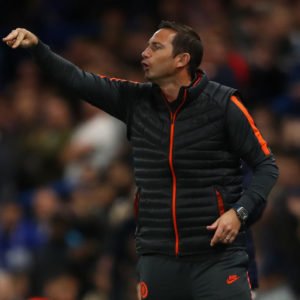