Jurgen Klopp has been receiving huge credit after celebrating his four-year anniversary at Liverpool this week.

The German has transformed the club since arriving in October 2015, having masterminded Champions League glory last season, and hopefully, a Premier League title win this time around.

Someone who has, bizarrely, suggested Klopp isn’t necessarily doing a great job is Danny Mills, who spoke on talkSPORT about just one trophy for the 52-year-old to date:

"Almost 5 seasons, and 1 trophy. where does that put Klopp amongst the #LFC greats?" ?

Danny Mills focuses on a big stat behind Jürgen Klopp's tenure at Anfield, after the German's 4 year anniversary. pic.twitter.com/Oedyqni2x2

Needless to say, a number of Liverpool supporters reacted to Mills’ strange assessment, putting him in his place.

Danny Mills. Mediocre player. Even worse as a pundit.

Yes, only TWO trophies, but has built a team to truly rival City at the top season after season. And possibly best man manager in the business. Love of/for team and fans underrated

Got a massive agenda this fella

Quite how anyone can put a negative spin on the job Klopp is doing at the moment is baffling – then again, Mills did used to play for Manchester City!

The Liverpool manager has been a revelation since taking charge, and while one major trophy may not sound earth-shattering, he has built an incredible side that are currently reigning European champions.

If Klopp clinches a league title at Anfield, he will forever go down in legend, such is the desperation to win one. 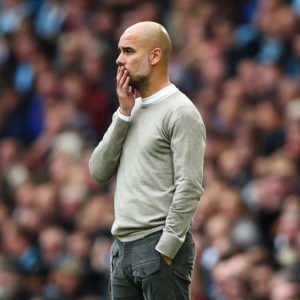