It is easy to forget that Ben Woodburn is still only 20, having burst onto the scene as a 16-year-old.

The Welshman became Liverpool’s youngest-ever goalscorer back in 2016, firing home in front of the Kop in a League Cup win over Leeds United.

He was thriving at Oxford United until a recent fractured metatarsal, however, and he is still confident about his career moving forward.

Speaking to the Daily Mail, Woodburn says he is using Serge Gnabry as inspiration, after he also struggled to reach his potential early on:

I feel like I have had so much experience and yet I am still only young and learning. Watching someone like Serge Gnabry develop is a big help.

I saw his four goals for Bayern Munich against Tottenham in the Champions League. When he was 20, he couldn’t get a game on loan at West Brom.

He has shown you can push through if you keep working hard and hopefully I can do something like he’s done.

I am looking forward to this birthday. I’m happy that maybe all these people calling me the young lad will realise I am turning into a man and ready for it. I know what I can do and I have to just show it on the pitch.

Woodburn has a wise head on young shoulders and it is good to see him remaining positive about the future.

It will be extremely difficult for him to become a key part of Jurgen Klopp’s plans, but he is still improving as a player.

There’s no reason why he can’t mature into a formidable footballer over the next couple of years, but he will have to hit a top level to make the grade at Anfield.

In 24-year-old Gnabry, Woodburn has the perfect role model, with the former Arsenal man now a key player for Bayern Munich and Germany.

Will Woodburn be part of Liverpool's squad next season? 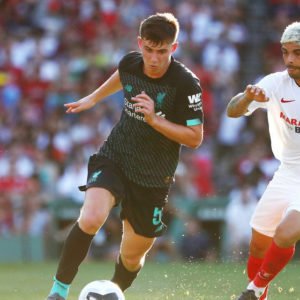 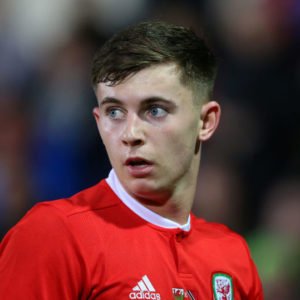