Liverpool defender Trent Alexander-Arnold has enjoyed a tremendous 2019. As well as being named in the Champions League Squad of the Season and PFA Team of the Season, he was instrumental in his team running Manchester City to the wire in the Premier League title race and of course, he raised the UEFA Champions League trophy in June.

Not content with this already impressive list of achievements, the young England full-back has added another accolade to his collection – in assisting 12 goals in the 18/19 Premier League season (16 in all competitions), he achieved the Guinness World Records title for most English Premier League assists by a defender in a single season and a coveted place in Guinness World Records 2020.

The boyhood Liverpool fan has claimed the record from Everton duo Andy Hinchcliffe (94/95) and Leighton Baines (10/11) who had been tied on 11 since 2011.

On being presented with his record, Alexander-Arnold said:

It’s an honour. I’ve always wanted to go forward and help the team to create as many chances as possible. It’s obviously down to the lads to put the ball into the back of the net because football is a team game and without them, this record wouldn’t be possible.  It’s an unbelievably proud moment for me and my family, and something I hope will stand for a few years.

Alexander-Arnold has many teammates to thank for helping achieve this record, but none more so than fellow fullback Andy Robertson. He and Robertson dominated the right and left-hand sides for Liverpool last season, and their friendly rivalry for who could achieve the most assists spurred them on to a combined 29 assists in all competitions. Robertson achieved an impressive 11 assists in the Premier League, and a further two in the Champions League, leaving Alexander-Arnold with the Guinness World Records title and the bragging rights.

He probably thought he had the competition wrapped up! Near the end of the season we both hit really good form, we were both getting lots of assists and it was good to help the team in those games that we needed to win.

It’s not just the goal scorers that Trent has to thank for helping him achieve this record – he cites centre-back and PFA Player of the Year Virgil Van Dijk as crucial to his success.

He is a world-class player and the best I have played with. We benefitted a lot last season knowing we have players like Virgil giving us the protection behind us.

Alexander-Arnold’s most famous assist during last season didn’t come in the Premier League but in the Champions League. With 11 minutes to play in the semi-final second leg against Barcelona, Liverpool needed just one more goal to complete one of the greatest ever footballing comebacks. Alexander-Arnold was about to walk away from taking a corner when inspiration, vision and confidence that belies his years took over. He picked out Divock Origi, unmarked in the penalty area, who then swept home Liverpool’s much-needed fourth goal.

I looked over into the box and saw that all the Barcelona players had switched off. I saw Divock in there and thought ‘why not?’  It was a really special goal, everything fell into place so perfectly. Hopefully, it will stay in the memories of everyone who was there or watching that night.

With a goal and two assists under his belt already this season and having only just turned 21, who knows what accolades await this young Liverpool player at the end of this season and beyond.

Among the other footballing record-breakers to appear in Guinness World Records 2020 are:

· Youngest player to be nominated for the Ballon D’Or – Killian Mbappé (18 years, 293 days)

Is Trent Alexander-Arnold the best right back in the Premier League? 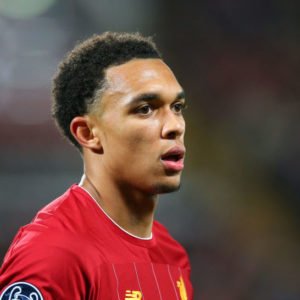 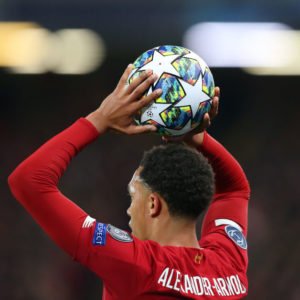