Liverpool’s fans, players and manager were all fuming that Manchester United’s goal in the 1-1 draw at Old Trafford was allowed to stand with referee Martin Atkinson and the VAR official not awarding what looked like a clear foul by Victor Lindelof on Divock Origi in the build-up to the goal.

Pundit Gary Neville, who is admittedly a huge Manchester United fan, admitted that a foul should have been awarded, and he’s been backed up by another huge Red Devils’ fan.

Mark Goldbridge of The United Stand has a very large following on social media and even he said that if the shoe was on the other foot, he’d have wanted the referee to award a foul.

Gutted not to win but now that I've calmed down got to admit I'd have taken a point before kick off. We faded in the 2nd half, didn't create hardly anything, but Norwich is where we learn whether we're improving or not. On the VAR. I'd have wanted a foul on Origi if it was United

When a huge United figure like Neville and a respected online influencer like Goldbridge are both saying that a foul should have been awarded against their team, it’s a clear sign that the officials got the call wrong.

Liverpool didn’t play particularly well at Old Trafford and probably didn’t deserve to win the game but conceding a goal that shouldn’t stand, in an era where there is now the ability to check incidents with video replays, is tough to take.

VAR has helped the Reds at times this season, but it did them no favours at Old Trafford.

Should Man United's goal have been disallowed? 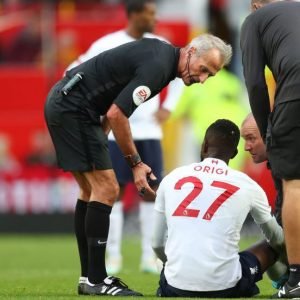 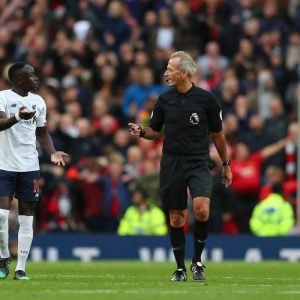