Liverpool fans haven’t always been fond of Sky Sports’ commentator Martin Tyler and some of them made their feelings known about the veteran broadcaster during the Reds’ 3-1 win over Manchester City.

A lot of Reds’ supported feel that, compared to other commentators such as Peter Drury, Tyler isn’t always the most enthusiastic when Liverpool score an excellent goal, such as Fabinho’s strike that opened the scoring against City.

These fans took to social media to make their feelings about the commentator known.

Saying it again, Martin Tyler does not have the mental capacity to commentate without any bias when Liverpool are playing. Genuine pain to listen to him.

Any danger of Martin Tyler giving Liverpool abit of credit?

Martin Tyler hated every second of that! Why does he hate @LFC so much #bitter

Football fans often think that the world is out to get their team, regardless of who they support.

We’re pretty sure that Tyler has no rooting interests in the games he commentates on, but it was odd that he seemed very subdued when Fabinho scored an excellent opening goal in one of the biggest games of the season.

Still, in the grand scheme of things, if the only thing Liverpool need to worry about going into an international break with an eight-point lead in the title race, is the commentary on one of their three goals against the champions, then they’re in a pretty good place!

Will Liverpool win the Premier League? 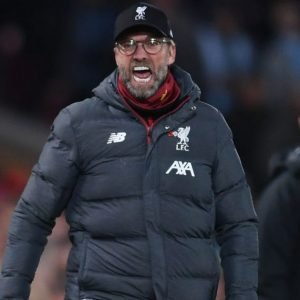 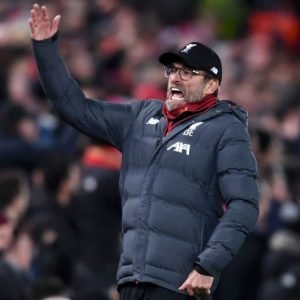