Dejan Lovren could leave Liverpool at the end of the season, according to the Liverpool Echo.

The 30-year-old suffered an evening to forget last weekend, struggling in the Reds’ shock 3-0 defeat to Watford.

Lovren almost left Liverpool last summer, but this latest update suggests he will exit this time around.

The report states that the Croatian ‘could see his time on Merseyside come to an end’, following almost six years at Anfield.

I think now is the time for Lovren to move on, with his performance against Watford summing up his shortcomings. He got caught up in a personal battle with Troy Deeney, who after the match confirmed that he was targeting the Croatian. At 30, he is still having the same old rushes of blood to the head and given the stage of his career that he is at, that’s unlikely to change now.

Liverpool have moved on without him and it feels like he belongs in the past, back when the Reds weren’t the best club side in the world.

Lovren, who earns £100k a week at Anfield, can have good games, without question, but you cannot afford to be so inconsistent, not to mention injury-prone, in a side as good as this.

The centre-back could still do a job for a lesser Premier League team, though, where there is less scrutiny on him to play at a top level every week. 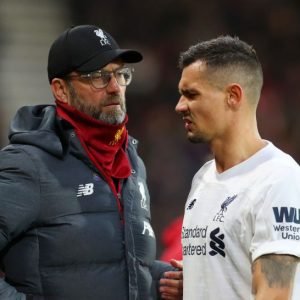 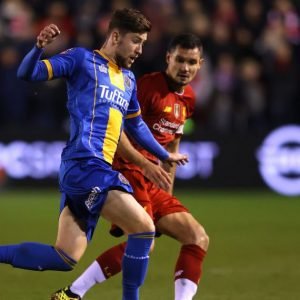