Tottenham have been joined by three other London clubs in the race to sign Dejan Lovren this summer.

That’s according to TEAMtalk, who claim that Arsenal, West Ham and Crystal Palace are also monitoring the situation.

Lovren could leave Liverpool at the end of the season, having spent six seasons at Anfield.

The 30-year-old, who earns £100k-a-week, is believed to be tempted by a move to London, although it isn’t specified whether or not he has a preference from the four teams.

I believe now is the ideal time for Lovren to move on, considering he is Liverpool’s fourth-choice centre-back, and approaching 31.

The Reds could still earn a decent fee for his services, and bringing in a younger alternative will help long-term planning. It could also potentially ease the wage bills at the club, with Lovren on a reported £100,000 a week.

I think West Ham or Palace could suit Lovren moving forward, allowing him to shine for a lower-ranked Premier League side, where there isn’t as much scrutiny on performances week in, week out.

According to WhoScored, he has only averaged above a seven-out-of-10 rating five times this season, and on just three occasions in the Premier League.

When he has done well, against Napoli (7.84) for example, he has followed it up with a poor display (Brighton, 6.45), highlighting his inconsistency. Liverpool have only lost twice in the league since January 2019, away to Manchester City and Watford, and it is no great surprise that Lovren started on both occasions – with the latter leading to mass panic among the Reds fanbase.

QUIZ: HOW WELL DO YOU REMEMBER THESE FAMOUS KOP WINNERS? CLICK HERE TO PLAY TODAY’S QUIZ. 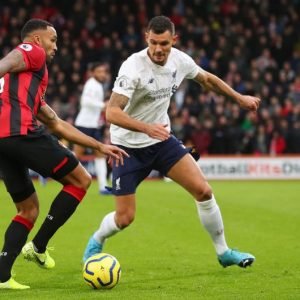 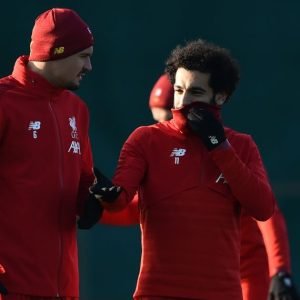