Some Tottenham supporters are not amused with claims that Dejan Lovren could move to their club this summer.

The Croatian has fallen out of favour at Liverpool this season, sitting behind Virgil van Dijk, Joe Gomez and Joel Matip in the centre-back pecking order.

Lovren’s limitations were exposed in the 3-0 defeat at Watford last month – the Reds’ only Premier League loss of the season so far – when he was bullied by Troy Deeney throughout.

The 30-year-old could leave Liverpool in the summer, bringing an end to his six years in a Reds shirt.

Lovren is thought to have four different suitors in London, with Spurs, Arsenal, West Ham and Crystal Palace all eyeing him up.

The Croatian international, who earns a reported £100k-a-week at Anfield, once had a nightmare against Spurs in 2017, and it seems as though some of their fans haven’t forgotten about it.

These supporters took to Twitter to reveal how little they want Lovren to make the move.

This is the sort of ambition Kane wants to see 😬 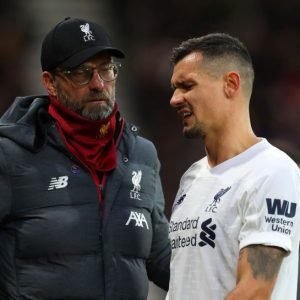 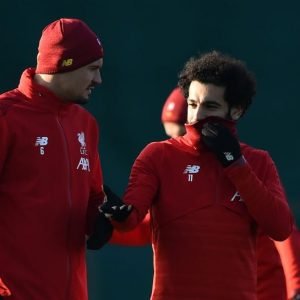