Gabriel Martinelli could prove to be a fantastic signing for Liverpool, should they act fast and nab him from Arsenal.

According to reports on Wednesday, the Gunners may listen to offers for the 18-year-old this summer.

This has been a breakthrough campaign for Martinelli, who has shown precisely why he is rated so highly. The Brazilian has scored 10 goals in all competitions, with one of his starring nights coming against Liverpool.

Reds supporters witnessed firsthand what the youngster is capable of in a bonkers Carabao Cup clash back in October, scoring twice and also converting his penalty in the eventual shootout.

A bundle of energy throughout the evening, it was almost like watching a young Luis Suarez, with Martinelli wreaking havoc with his sharp movement, endless running and ruthless finishing.

Such was the impression Martinelli made, Jurgen Klopp gushed over him after the game, with the Liverpool manager describing him as a ‘talent of the century’. The Reds have since been linked with a summer move to sign the Brazilian.

This is a player who looks tailor-made to thrive in a Klopp side, possessing the kind of versatility and goal threat to be a great back-up to Mohamed Salah, Sadio Mane and Roberto Firmino.

Equally adept at drifting into wide areas or leading the line, he could deputise for any of Liverpool’s front-three, providing more natural balance than someone like Divock Origi.

While the Belgian’s ability to score huge goals in the last 18 months will make him a Liverpool legend forever, he looks increasingly ill-suited to this side, whether on the wing or up top.

Martinelli is at an age where he may not be expecting to play a starring role, finding himself in that exact situation at Arsenal currently. That could make it easier to sign him, rather than having to guarantee him regular starts, as could be the case with the likes of Timo Werner and Jadon Sancho.

His long-term potential is enormous and if Liverpool could get him now, he could be an outstanding long-term replacement for Salah, Mane or Firmino, who are all in their mid-to-late 20s.

It might not be easy, with Arsenal potentially hesitant to sell to a direct rival, but it would sum up the Reds’ current standing over the north Londoners if they did sign him.

There was a time when Suarez wanted to join the Gunners, but now the younger version of him should contemplate going the other way.

QUIZ: CAN YOU NAME THESE HIDDEN LIVERPOOL STARS OF PAST AND PRESENT? CLICK HERE TO PLAY TODAY’S QUIZ.

Would Martinelli be a good signing for Liverpool this summer? 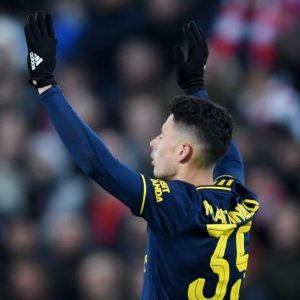 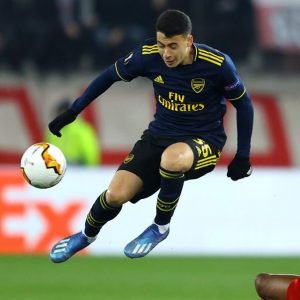