Xherdan Shaqiri wants to leave Liverpool this summer in search of regular playing time, according to reports.

Turkish outlet Fotomac (via Sport Witness) claim that Galatasaray are interested in signing the Swiss international and they also report that the player wants to make a move away from Anfield as he’s not happy with the lack of matches that he’s played in under Jurgen Klopp.

Shaqiri arrived at Liverpool in the summer of 2018, as the Reds paid around £13m to relegated Stoke City for the forward.

Whilst he’s certainly made impacts in big games for Liverpool, such as scoring twice against Man United or assisting Gini Wijnaldum for his famous goal against Barcelona, the Swiss star has by no means been a regular in the Reds line up.

According to the reports from Turkey, Shaqiri would be willing to join Galatasaray if they secure Champions League football.

For £13m, Shaqiri has been a good signing and he has made some telling contributions in a Red shirt.

However, with the likes of Sadio Mane, Mohamed Salah and Divock Origi all ahead of him in terms of the wide-forward options, game time has been limited for the Swiss international.

Galatasaray apparently want to take Shaqiri on loan with an option to buy and that could be something the Reds look to change.

Loan deals may become commonplace this summer with teams feeling the impact of the lack of football at present, but even so, it’s the option to buy that is a concern to me.

If Liverpool can negotiate it so Galatasaray must buy Shaqiri after the loan, rather than just simply have the option to purchase him, then that would be a much better solution for them.

In terms of an attraction to the player, The Turkish giants certainly have the pedigree of being a top club, with 22 league title wins, added to victories in the UEFA Cup and Super Cup and Shaqiri would apparently be interested in making the move to Istanbul. 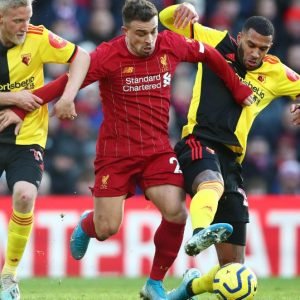 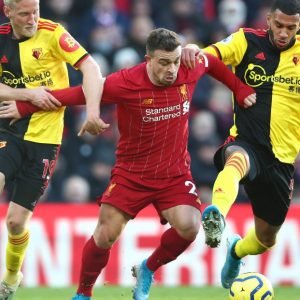